Despite having been a yo-yo dieter for years, it was only when she reached middle age that Sarah Parish really found a diet that worked for her…and it was anti-ageing too.

Sarah Parish was filming the first series of BBC Comedy W1A when she realised she had to do something about her body. ‘I had a particularly tight skirt to wear and had already asked for Spanxbut it just wouldn’t do up,’ she remembers. ‘When they finally got it done up, I was bulging out of it and the bra they’d got me didn’t fit because I’d put on so much weight since the last fitting. The costume person said, ‘It’s okay, don’t worry’ and I remember thinking, ‘Oh, don’t pity me!’ 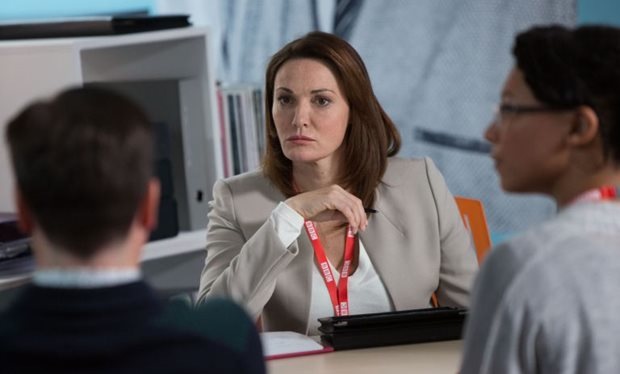 That was February 2014 and a turning point for Parish now 47. ‘We’d been renovating a house during 2013, I was working a lot and then I lost my dad,’ she remembers. ‘Slightly depressed, I was drinking five cups of coffee a day and, always tired, I’d turn to sugar– chocolate, sweets and fizzy drinks – sandwiches and packets of crisps eaten in the car. I’d gone from a size 10 to a 12 / 14 in six months and I was exhausted,’ says Parish, who’s starred in a string of top TV dramas including Monroe, Peak Practice, Cutting It and Mistresses. ‘I knew if I kept going I’d have a middle aged figure – tummy spread, loose skin between the legs, cellulite – which also comes with the depression, the stress, the tiredness. I needed another way.’

Slightly depressed, I was drinking five cups of coffee a day and, always tired, I’d turn to sugar 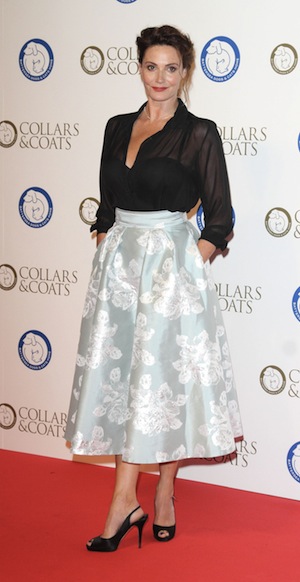 When we meet at her Hampshire home, an old converted pub she shares with husband, actor James Murray and daughter, Nell, six, Parish’s five foot nine frame is now a small size 10. She’s as stunning in real life as she looks on television, all cheekbones, long, slim legs and polished, dewy skin. The whole picture is anything but middle-aged. So what’s changed?

That tummy spread happens because most adults lose between five and seven pounds of muscle each decade after 30. Because your body uses 35 calories to maintain a pound of muscle each day and only two calories to sustain a pound of fat, this slows metabolism. Add to that hormonal changes such as reduced oestrogen (in women) and increasing stress levels, associated with the hormone cortisol and you have a recipe fat around the tummy. In studies, higher levels of cortisol were associated with fat around the middle, even in lean women.

Parish is no stranger to diets and spent her 20s struggling to look a certain way. ‘I fought against what I had rather than accepting it. As child, I wanted to be a dancer, was thin and boy-like.’ Then at 16, puberty hit. ‘I grew a pair of boobs and a bum and constantly covered myself up with baggy jumpers,’ she remembers. ‘I am an athletic-looking with hips and boobs and would never be willowy but it didn’t stop me trying everything to change that.

anything that gives you instant results isn’t really working

As a young actor working in London, she tried a string of diets to quickly drop pounds. ‘The cabbage soup diet was a classic – the farts! – or completely cutting out carbohydrates which gave you horrible breath and grey skin. At that age I wanted instant results but anything that gives you instant results isn’t really working, I’ve learned.’ Her 30s were spent sitting down on sets for hours. ‘That was when I noticed the first signs of cellulite and things all going a bit south.’ By her 40s, Parish wanted a diet that was sustainable in the long run. ‘I didn’t want to count calories or miss out on things I enjoyed.’

A few days after skirt-gate, Parish hired a personal trainer and started working out six days a week. ‘We were doing High Intensity Interval Training [HIIT] with heavy weight training, lots of squats and dead lifts and also short four-minute bursts of cardio.’ Though it didn’t take long to get ‘things into place again’ there were still areas of stubborn fat that wouldn’t shift.

Parish was working out but her diet had stayed the same. ‘Some mornings I’d have avocado and poached egg, which is great but others I’d have five pieces of white toast then snack on crisps and chocolate. This wasn’t helping the dreaded tummy spread. One study, in the American Journal of Clinical Nutrition found that middle-aged people who ate the most white bread and other processed foods saw their waistlines expand three times more than those who consumed the same number of calories from less processed foods.

‘I was complaining to a health-conscious friend about not being able to shift fat at the sides of my thighs, stomach and around my back and she said, ‘There’s someone I want you to meet.’ That’s how Parish met Rick Hay, an Australian nutritional therapist who now lectures in sustainable weight management at London’s College of Naturopathic Medicine and Healthista blogger. Hay put Parish on a low meat diet high in fruits, vegetables, plant proteins, vegetables juices and smoothies, designed to help her shift weight slowly, without counting calories. Hay got her off sugar and reduced her coffee to one cup a day (‘by day five when the energy returns and your skin starts to look better it finally feels worth it,’ she says). Within eight weeks she’d dropped a dress size. 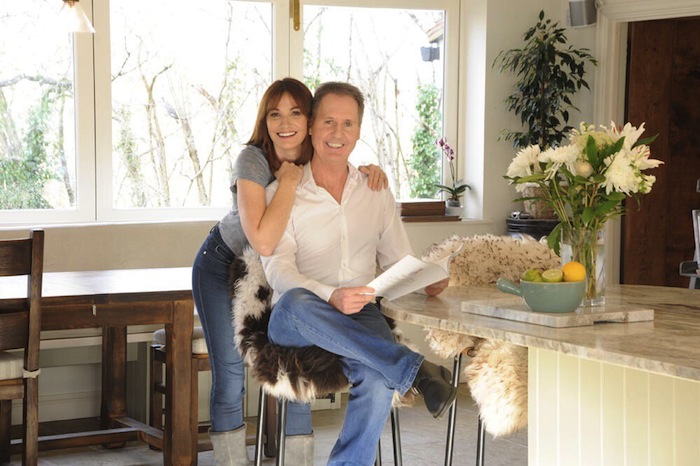 Hay’s programme, explained in his new book The Anti-Ageing Food and Fitness Plan, is specifically designed to counter age-related weight gain by helping increase metabolism. The plan cuts out all refined sugar and processed carbohydrates and emphasises protein from plant sources such as pulses and beans as well as eggs and fish, to help build muscle lost in the middle years. It also introduces ‘thermogenic’ (fat-burning) spices to recipes such as chilli, turmeric and cayenne pepper which studies have shown help increase metabolism after eating them.

Hay’s plan allows Parish, who enjoyed her wine before the diet, to have a glass of red a night. To keep her sweet tooth satisfied, it features snacks such as smoothies made with naturally sweetened plant protein powders, berries, spinach and greens as well as healthy fats such as nuts and seeds to stop the energy dips that could lead to cravings for crisps or chocolate.

One of the reason’s Hay’s plan also appealed was its anti-ageing element – so Parish didn’t have to fall into the middle-age trap of choosing between a growing behind or a thin, but gaunt and ageing face. ‘Rick taught me about the importance of building muscle with HIIT training and eating enough protein and nutrient rich foods to keep skin firm,’ says Parish.

The diet emphasises foods such as berries and greens like (you guessed it) raw kale and spinach added to smoothies. These contain phytonutrients that have been associated with better skin health because of their antioxidant content, according to Hay. ‘At first as I was detoxing my face went dull and a little flaky, but then I started to get more hydrated, drinking more water instead of coffee and my eyes were much brighter and my skin more plump. Now things spring back more than they used to.’

Still, Parish admits that especially in LA, the smaller girls tend to get the parts. ‘Hollywood actresses look like little boys because the sad fact is that a tiny body and slightly big head tends to look better on camera,’ says Parish. ‘I have the opposite, a small head and a full, athletic figure so I don’t compete with that. It’s why I’ve always played evil queen types and character roles where you still need to be fit and have glowing skin but you don’t need to be a certain size,’ she says.

In March, Parish starts filming a new TV drama called The Collection , produced by Amazon Studios. ‘It’s all about the Dior New Look in fashion in Paris in the 1940s and the clothes are all cinched in waists and huge skirts, which I adore.’ This time at the costume fitting, after 12 months on Hay’s plan, she was delighted. ‘Everything fitted! I had these French people going ‘Oh, oui, belle,’ about how nice everything looked and saying they had to pinch some of it in. That felt great. My advice to anyone exercising who can’t shift stubborn fat despite exercising, is change your diet if you want results.’

The Anti-Ageing Food and Fitness Plan – dos and don’ts 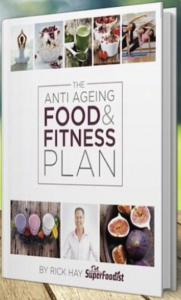 The Anti-Ageing Food and Fitness Plan by Rick Hay is available on Amazon for £11.99